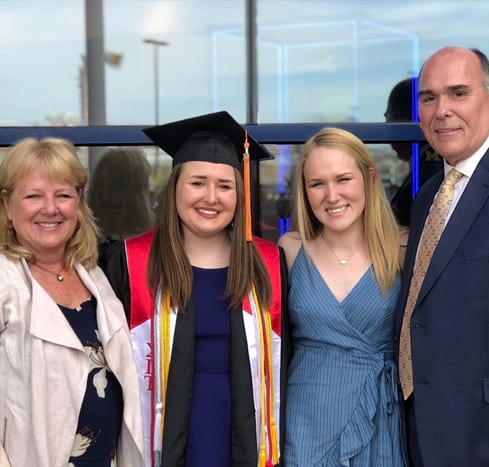 The Gilbert family used Bright Start to save for their daughters’ dream careers.

After a visit to the Kennedy Space Center and a shuttle launch at Cape Canaveral, Emily Gilbert knew she wanted to study space. At that young age, she wasn’t thinking about how much it would cost to earn an aerospace engineering degree. But her parents, Eric and Laurie Gilbert, had already been planning for her studies since she was born. Knowing they wanted their daughters to have the opportunity to pursue an education, the Gilberts started saving for college with Bright Start 529 College Savings Plans.

Now, Emily, 23, works for Northrup Grumman, a global aerospace and defense technology company in Los Angeles. Thanks to her Bright Start account, she attended the aerospace engineering program at University of Michigan and graduated debt-free. Her sister, Julie, 19, is studying habilitation of the deaf and hard of hearing at Texas Christian University, with dreams to one day teach children who are deaf or hard of hearing.

Saving for College Without the Hassle

Laurie and Eric originally began saving for both of their daughter’s college education in money market accounts. Over the years, they kept hearing about Bright Start and decided to ask their financial advisor about the benefits of saving with a 529 college savings account. After the recommendation from their advisor, the family opened a Bright Start account for each of their daughters — Emily was 10 and Julie was 6.

Laurie says Bright Start made it easy to save for college. Each paycheck, she saved a portion of the money for the girls’ accounts. And because she could check her balances online, she always knew how the fund was performing.

“It’s super easy to contribute and also easy to take the money out when it’s time to use it,” she says. “I was able to go online and periodically take an assessment of the account, so we always knew where we were at in our savings.” 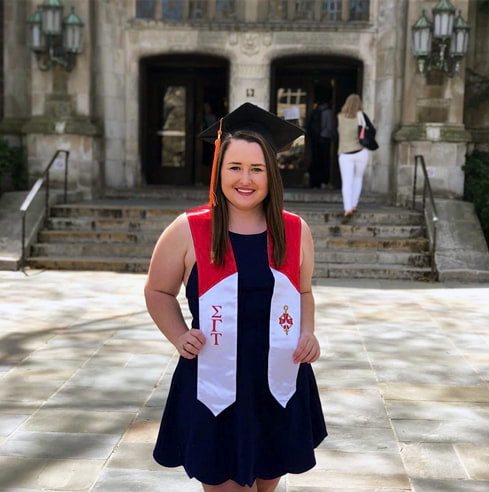 As parents, we wanted to set them up for success in a career they were excited about. Bright Start played a role in pursuing an education they felt passionately about.

Preparing for Whatever Dreams They Have

When her daughters were young, Laurie didn’t know if they would one day become journalists, electricians, or even aerospace engineers. But she knew she wanted to give them the opportunity to pursue their dreams at a school that they felt good about.

Allowing Them to Focus on School Instead of Debt

According to the National Center for Education Statistics, just 41 percent of first-time, full-time college students earn a bachelor’s degree in four years. Laurie says she used that fact as motivation to save because she wanted her daughters to be able to focus on school instead of finding a way to pay down any college debt.

“We wanted them to finish in four years and having to work and go to school could delay that,” she says. “They were able to hold leadership positions in extracurricular activities, while still being able to handle their intensive degree programs and heavy course loads.”

Based on the ease and performance of her Bright Start plans, Laurie says she now encourages other families to open accounts for their own children.

“There’s people who assume their kids will get a scholarship and that’s just not the case anymore,” she says. “Bright Start is a great gift to be able to give your child because you’re showing you believe in them and support their dreams.”

Not FDIC Insured | No Bank Guarantee | May Lose Value